It’s hard to describe how amazing Arches is with words. Which is why I’m really glad I’m a photographer – I don’t have to.

Arches has long been a desired destination of mine that was just a little too far from my home in Los Angeles for a day trip – and a little close to justify a trip of it’s own. Which makes it the perfect candidate for a road trip stop! It was the second major stop on my 32 state road trip in 2012. I’ve heard that Zion is just as good or better a park but I passed it up in favor of Arches due to that beautiful big arch you can hike too – Delicate Arch. I just had to do it.

The hike was like nothing I’d ever done. The elevation gain was huge but fairly gradual which was nice. There were some shady areas beneath trees that appeared dead and huge rocks that cast shadows but it was mostly an open terrain hike. A very interesting thing about it is despite the very open environment, the arch sneaks up on you – you can’t see it until you’re just a few hundred yards away because it’s on the opposite side of the rock mountain you’re climbing. 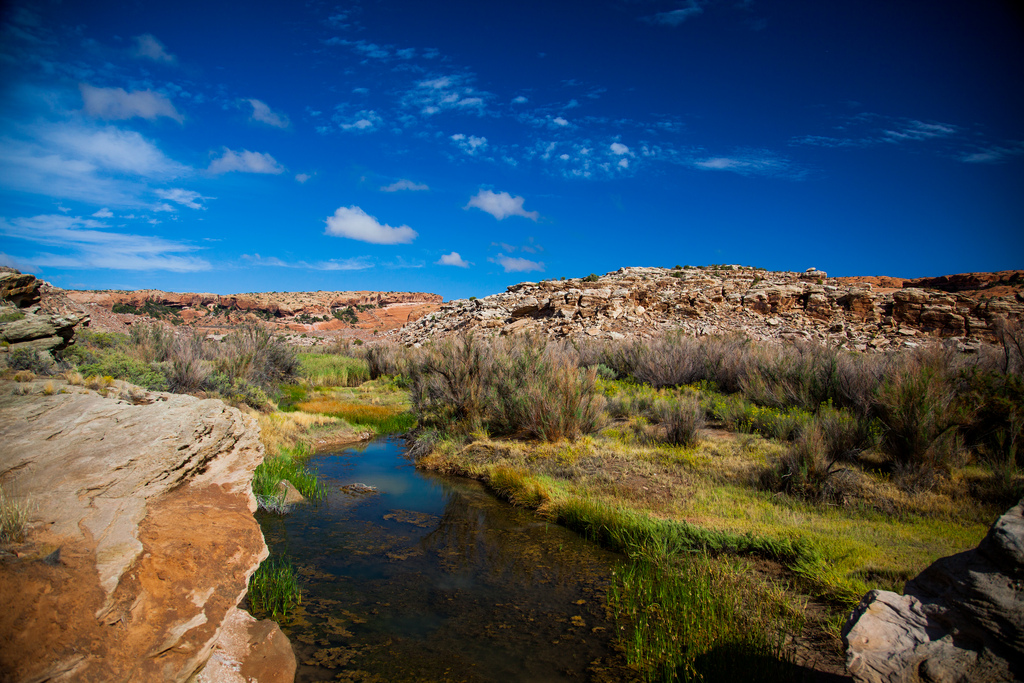 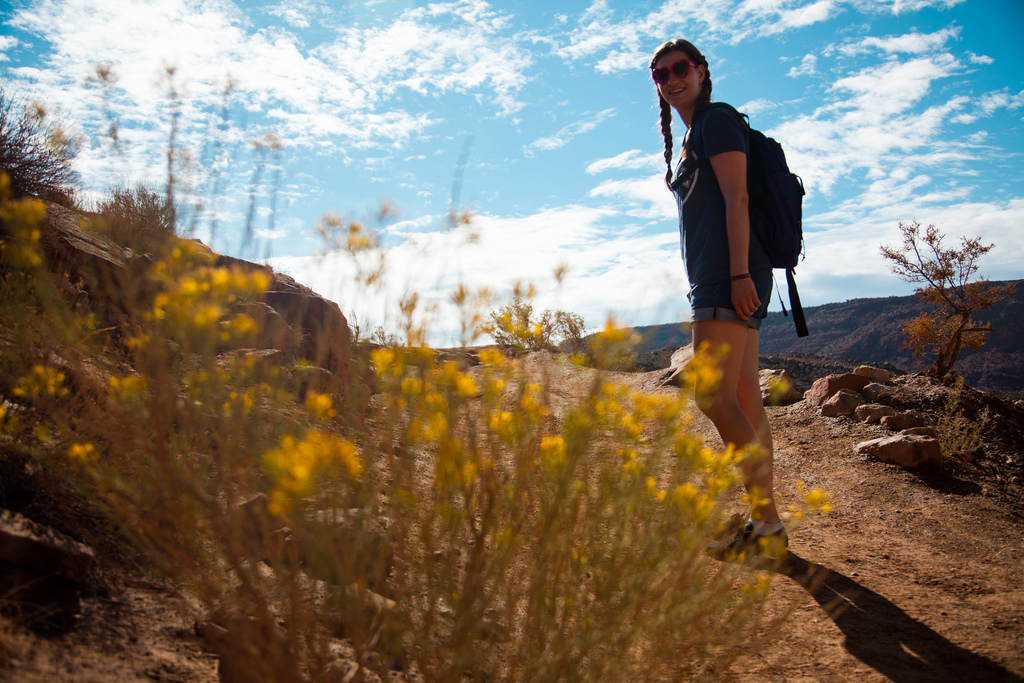 Marina at the beginning of our hike. 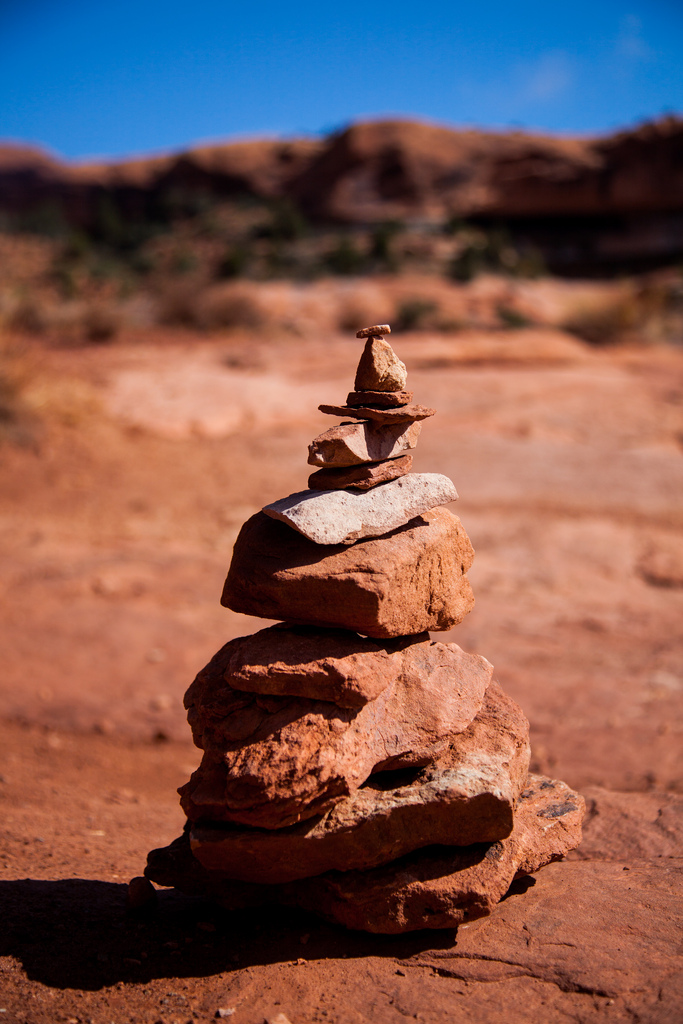 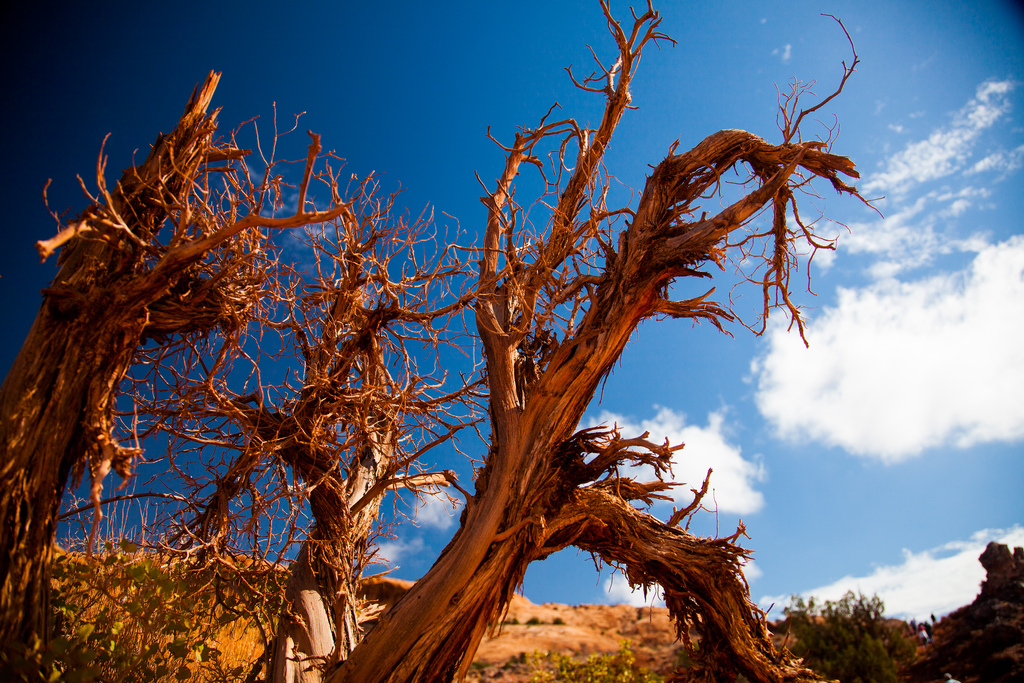 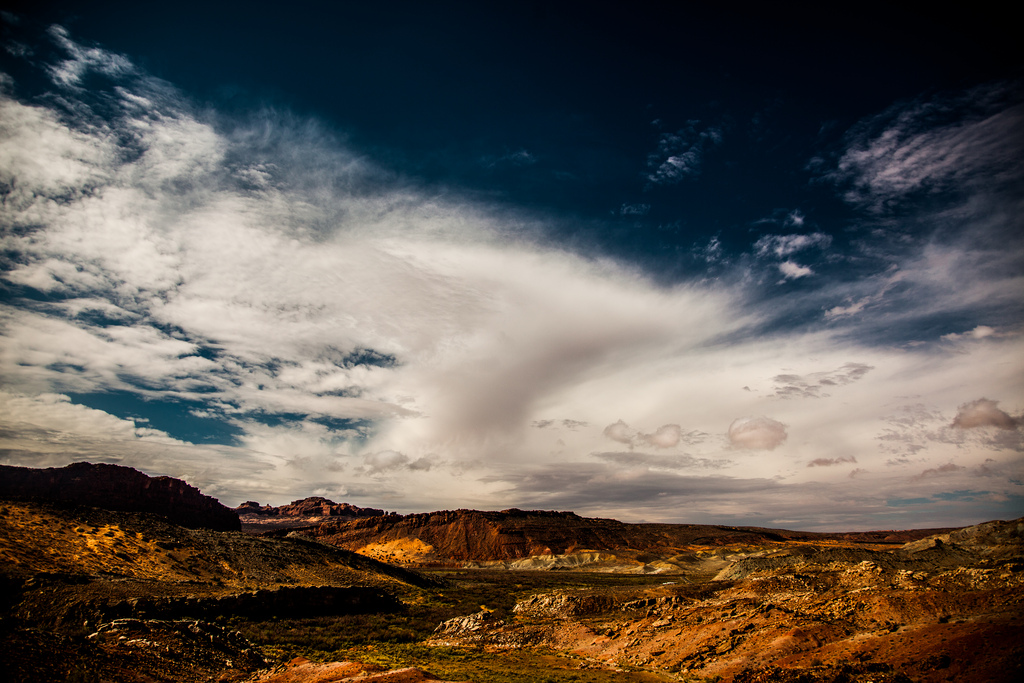 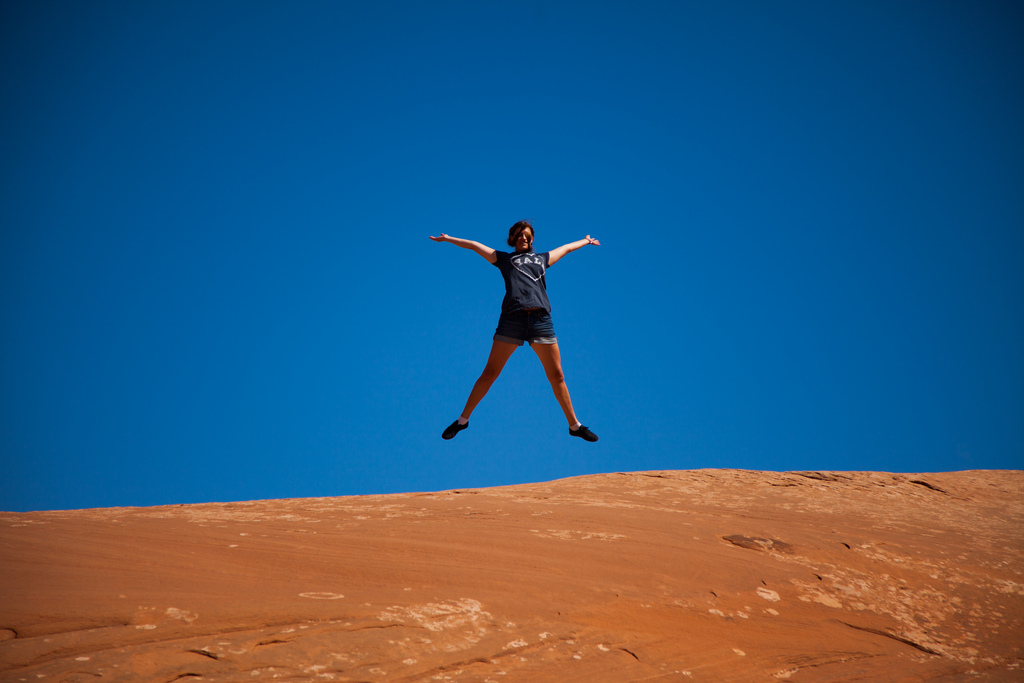 Marina getting some air 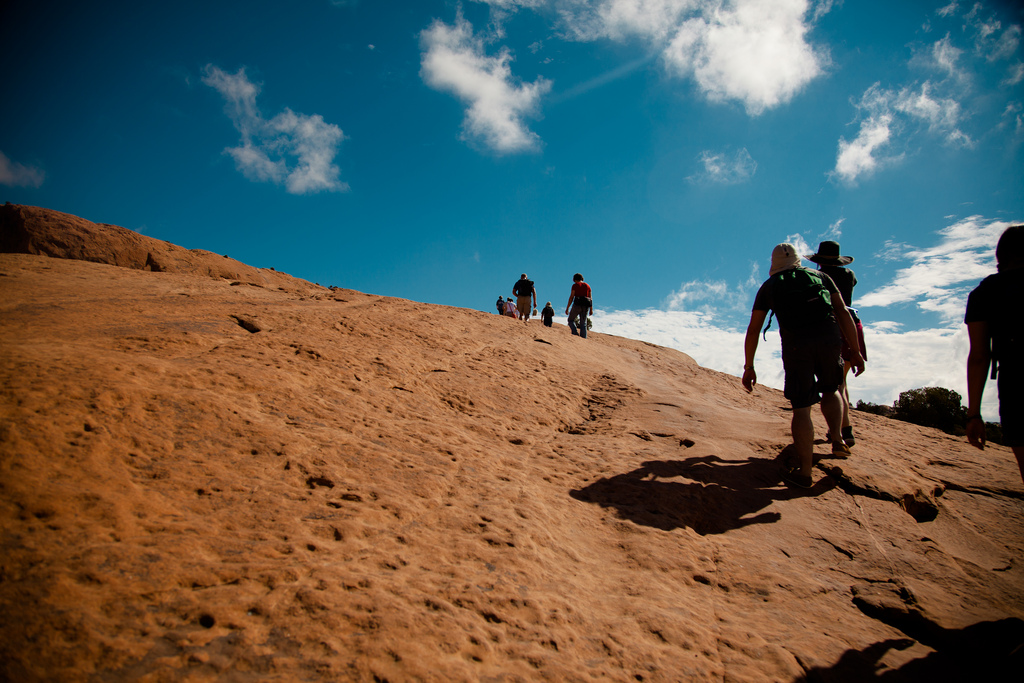 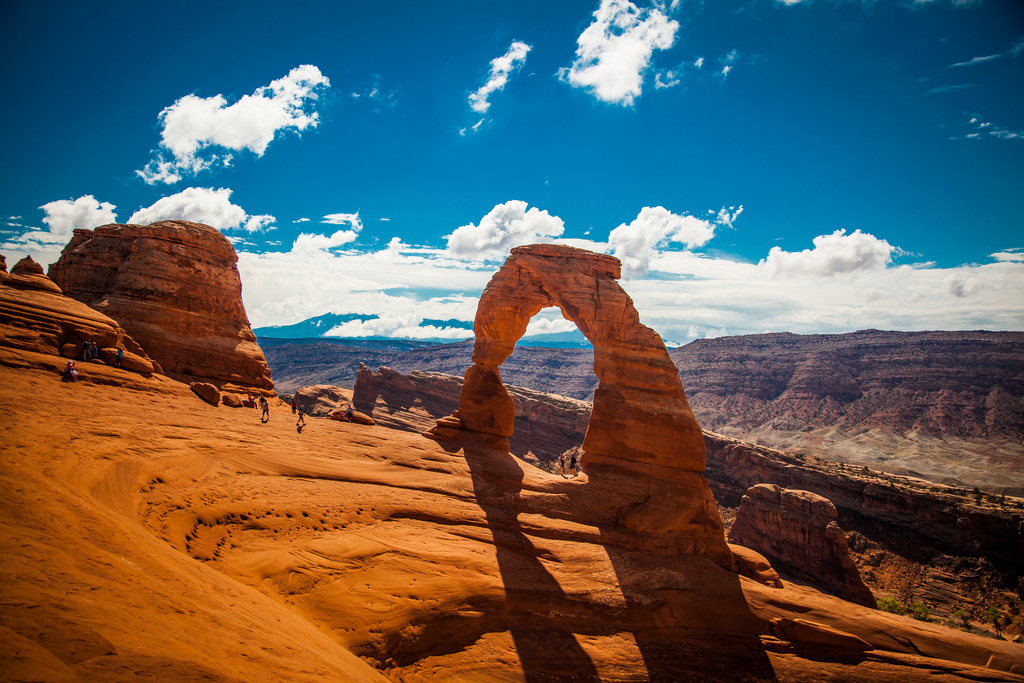 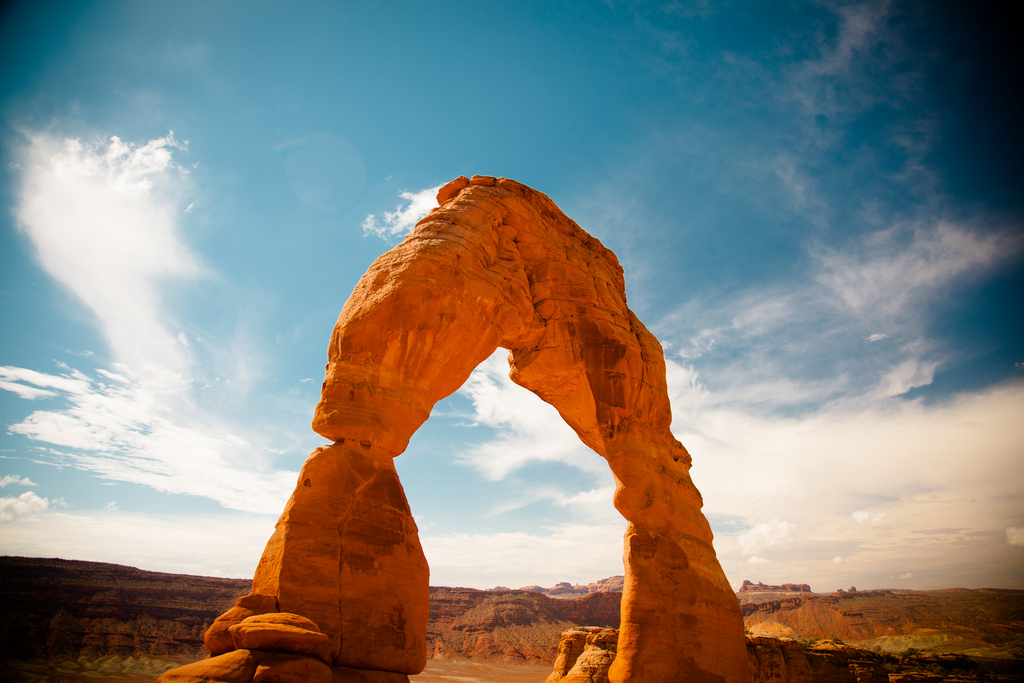 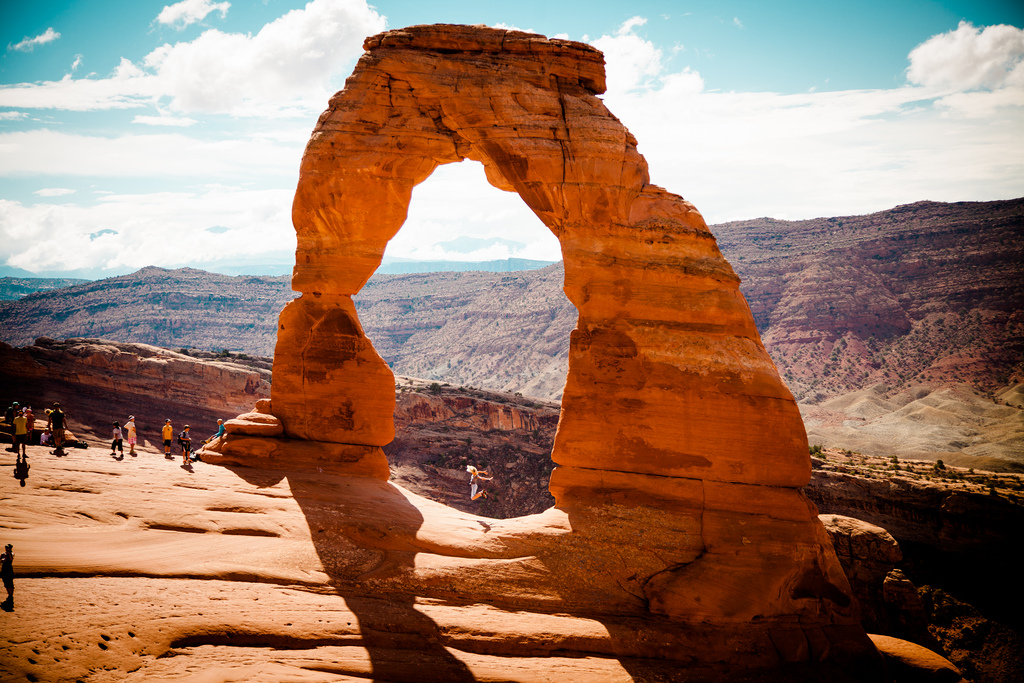 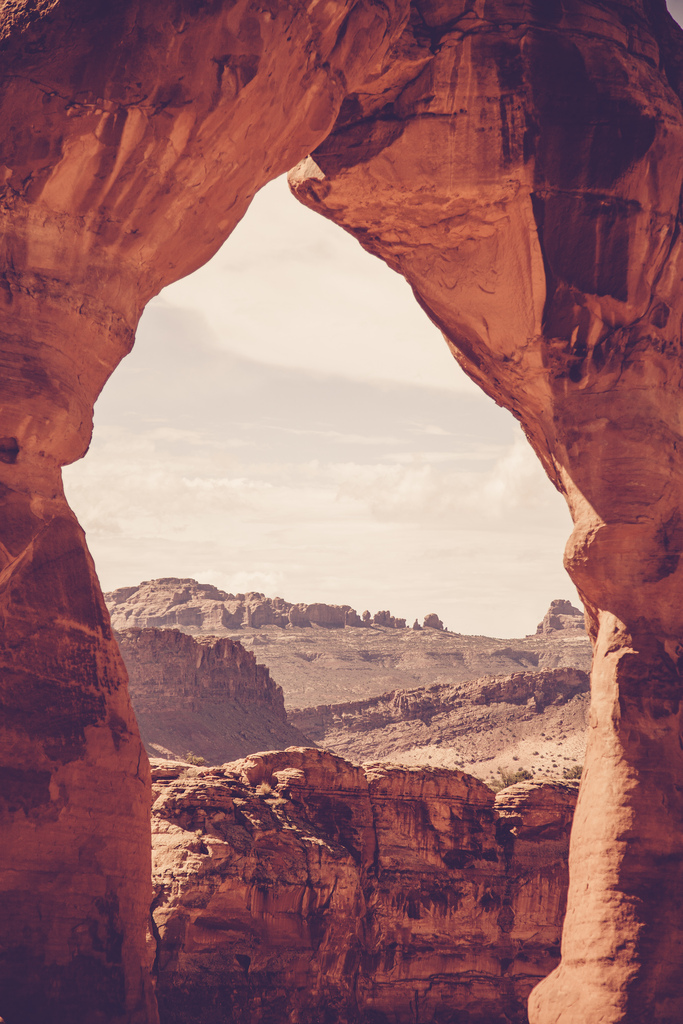 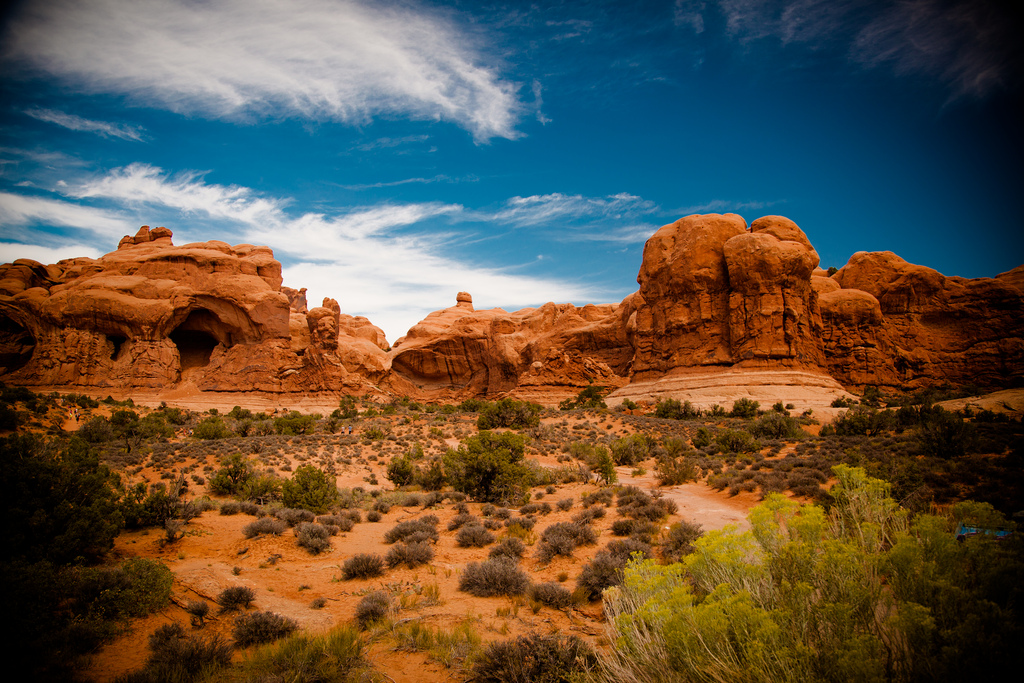