I love it when amazing artists are inspired by their travels and create art based on traveling. Eric Tan is a graphic designer at Disney Consumer Products in Glendale, CA which is awesome because that’s where my sister Ally used to work. He’s doing an exhibit at Gallery 1988 here in LA which is one of my favorite galleries (it helps a lot that 1988 is my birth year).

Here’s the info: Join us for “Fly,” a new solo exhibit from screenprint artist Eric Tan, that will open at G1988 (East) from 7-10 PM, June 27! Eric has created an entire show of limited edition, signed & numbered screenprints inspired by his travels around the world. He’s created a fictitious travel company, Tanner Airlines, and highlighted his favorite destinations such as New York, Hollywood, Paris, Barcelona, Hong Kong and even a futuristic return to Hill Valley, as beautiful pieces of art. Come join us and experience the Tanner Airlines travel agency that Eric has created inside G1988 (East) and take a trip with us! This show will run through July 20th. 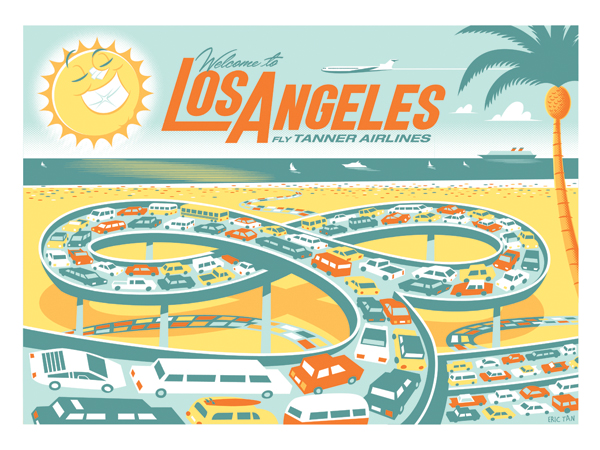 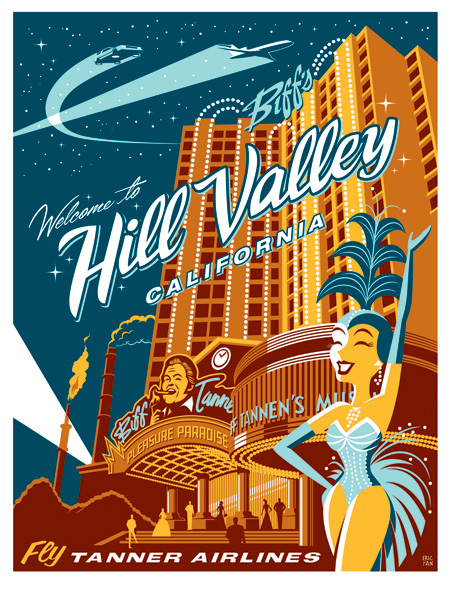 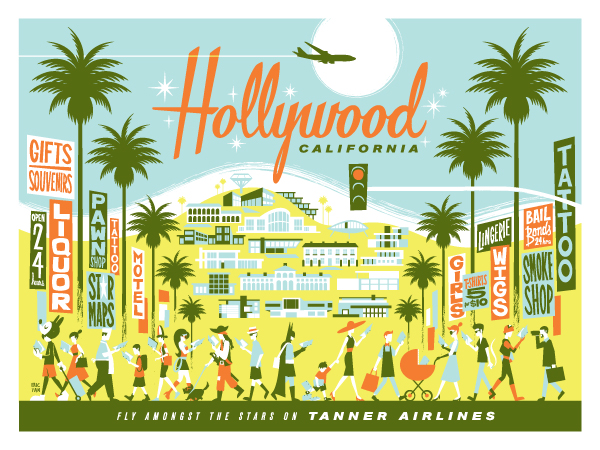 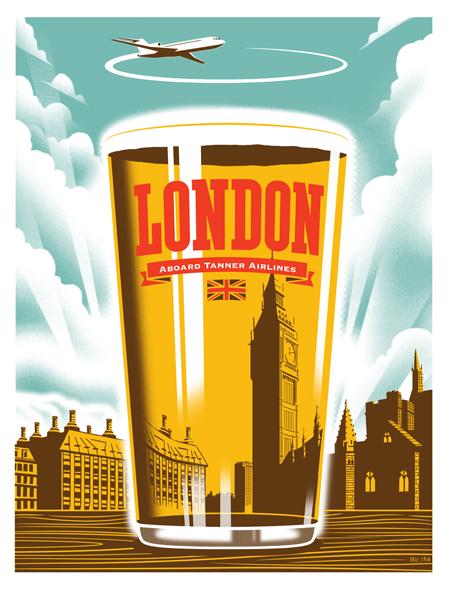 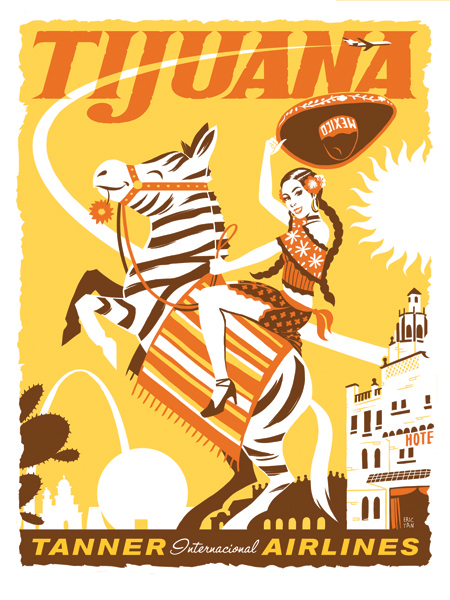 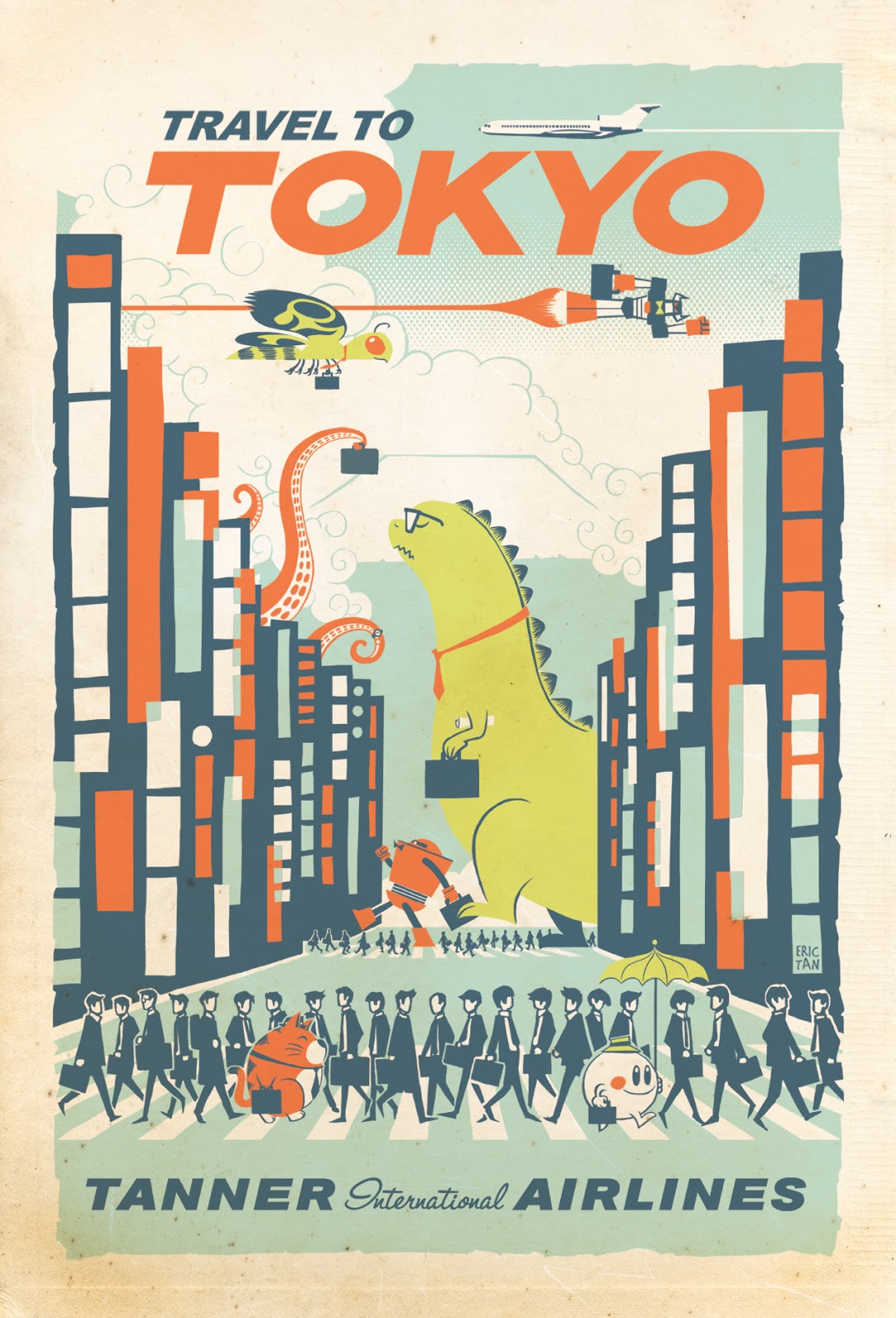 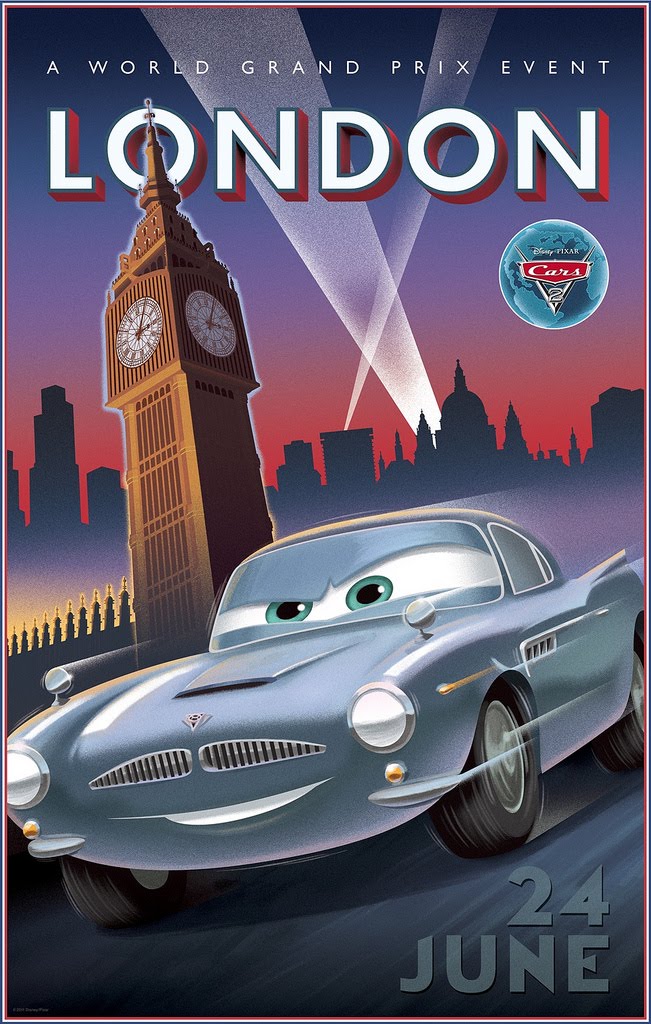 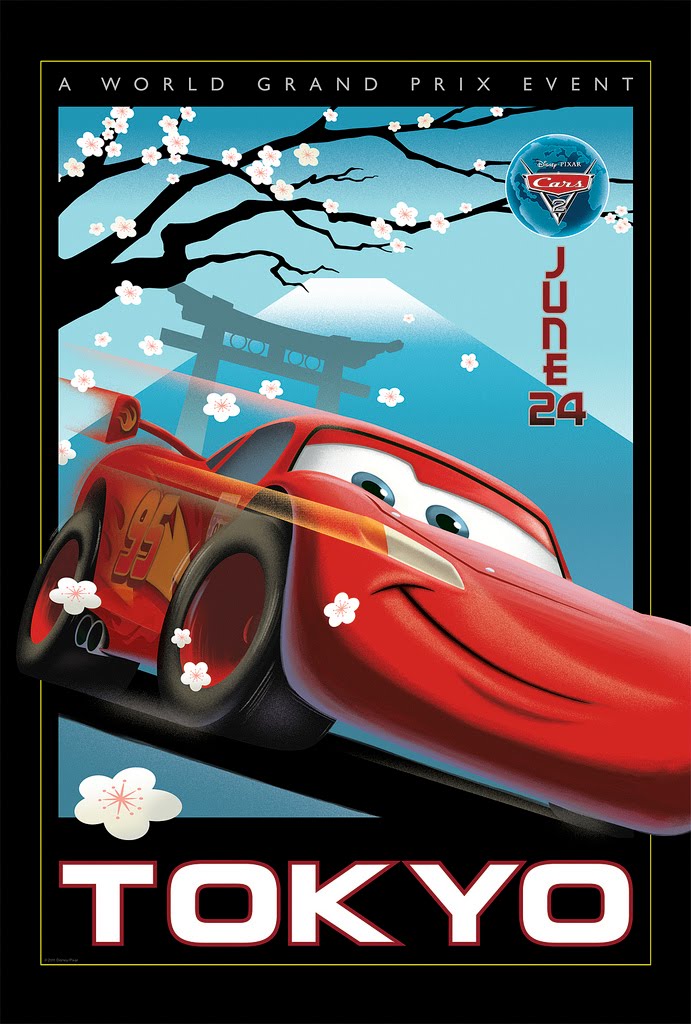 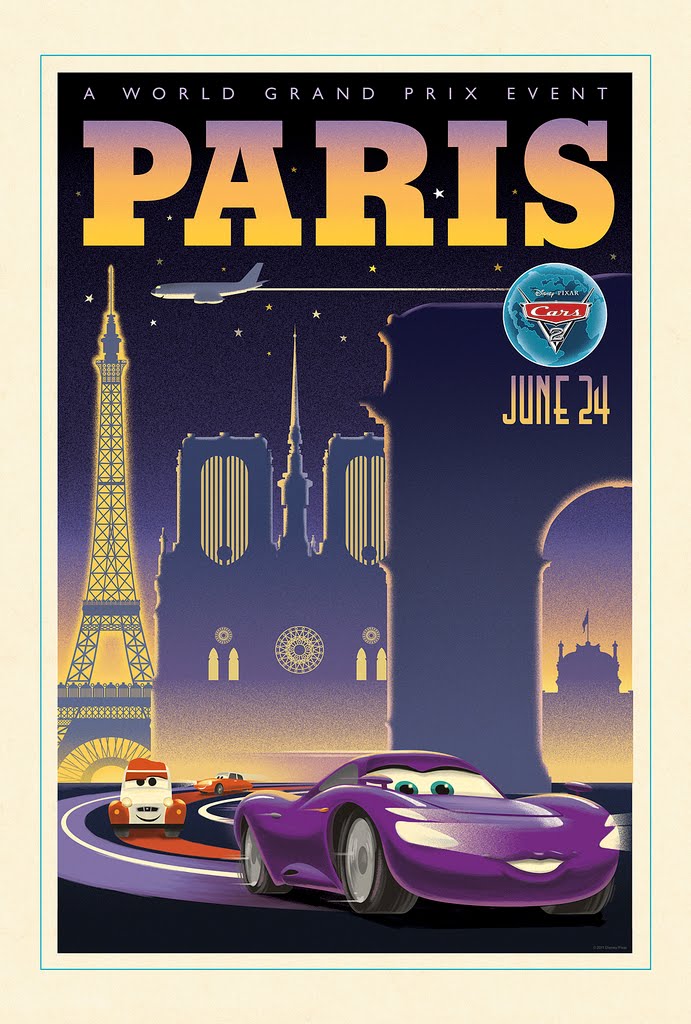 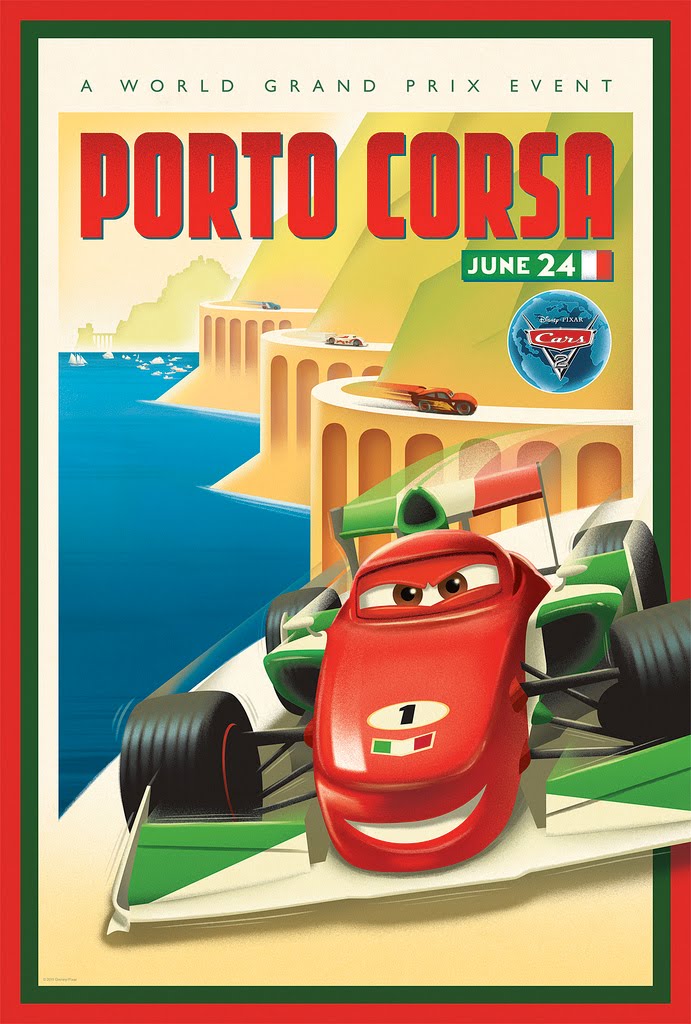 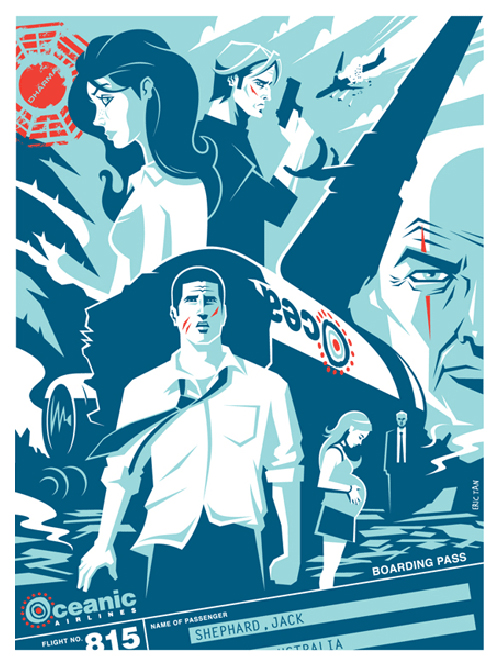