When I arrived in Hong Kong, I had been traveling for 40 hours. I had a 5 hour flight to San Francisco, then a 19 hour delay (thanks US Airways) in which I would have slept on the airport floor had I not been lucky enough to have family in San Francisco who rescued me. After that, a 14 hour flight brought me to Hong Kong. I took the train to the city center, much of which was along the waterfront, which was surprisingly devoid of boats. I didn’t see any private boats or watercraft, nor did I see any marinas. Weird. 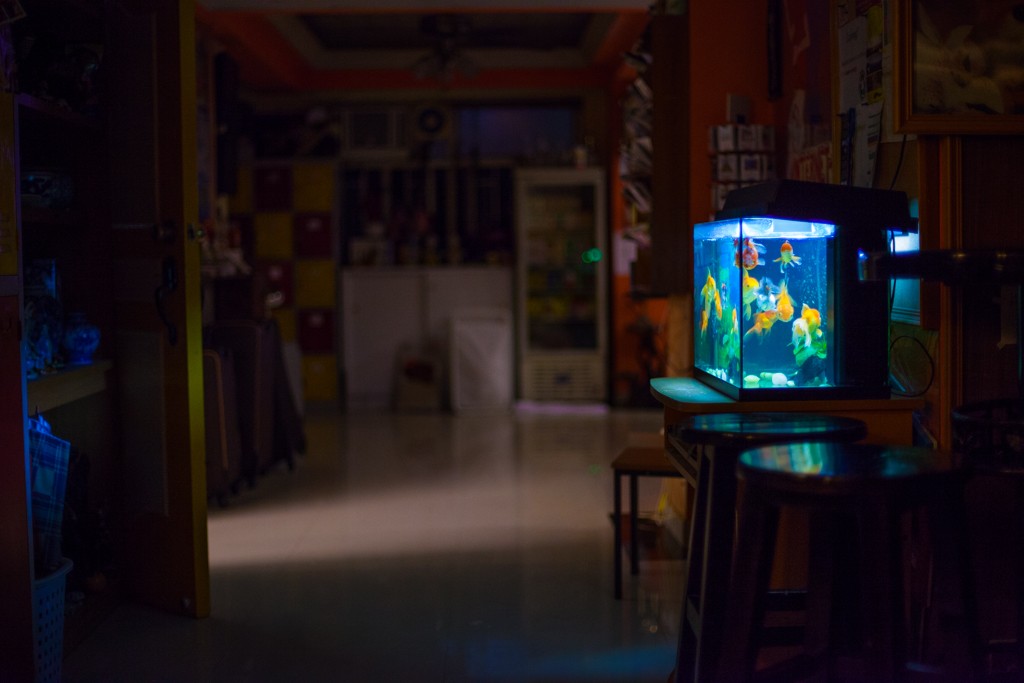 After I got to my hostel in the Causeway Bay area of HK Island, I crashed. I slept until midnight. I intended to take a 2 hour nap and wake up around 7pm for dinner. Nope. I of course woke up feeling as though it was morning (jetlag FTW) and I was starving. Nothing to do but hope I was in a safe neighborhood and walk down the street to find food. The hostel front desk was closed, and I couldn’t connect to the wifi either. Yes! This was going well. I meandered down the empty streets for about a mile, before hitting my first open restaurant: McDonalds. Yep. I got fries and milkshake, still determined to try and uphold my gluten-free diet (that didn’t last long). I talked to my family on Skype, much to the annoyance of the Chinese teenagers next to me. Then I wandered further down the street, and found a dirty little hole-in-the-wall Chinese diner, where I ordered noodles and veggies (I think). They were delicious! The free tea tasted like garbage runoff.

The following day I visited the Tian Tan Buddha or “Giant Buddha” on Lantau Island, which was beautiful. The hill he sits on is almost constantly shrouded in fog. The site is inside a monastery and you can have lunch there (vegetarian, of course) and it’s huge. My adorable waitress just kept bringing me non-stop rice, soup, veggies, vegetable rolls and tea until I just couldn’t eat anymore. The scenery on the way up the mountain was quite beautiful too. I couldn’t take the cable car because it wasn’t running, so I got to take the bus which is much slower, but a fun and very scenic experience. 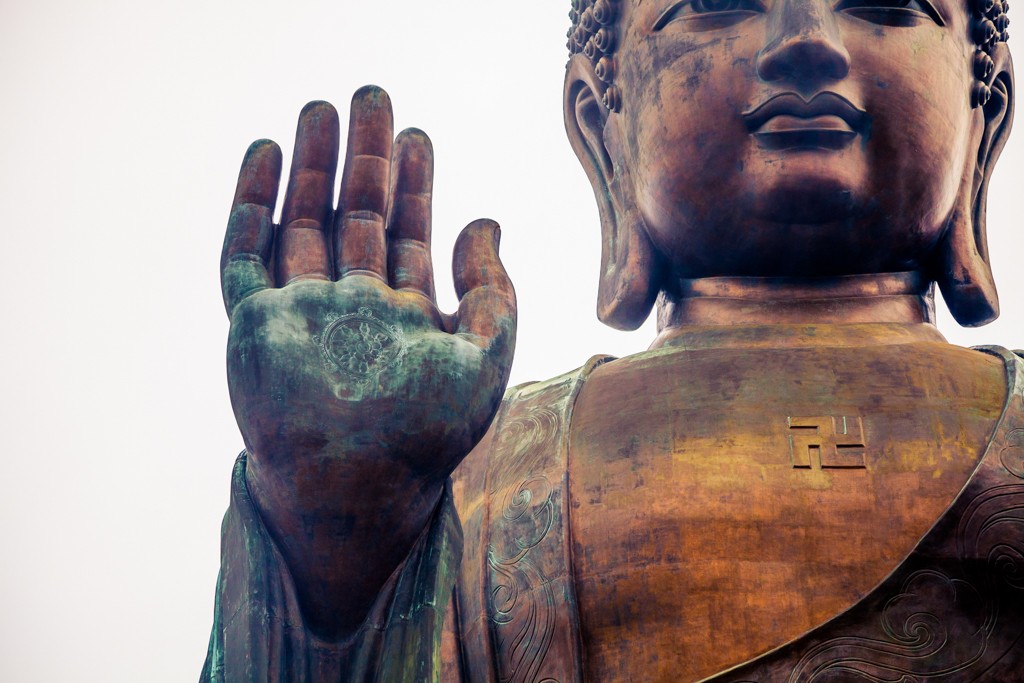 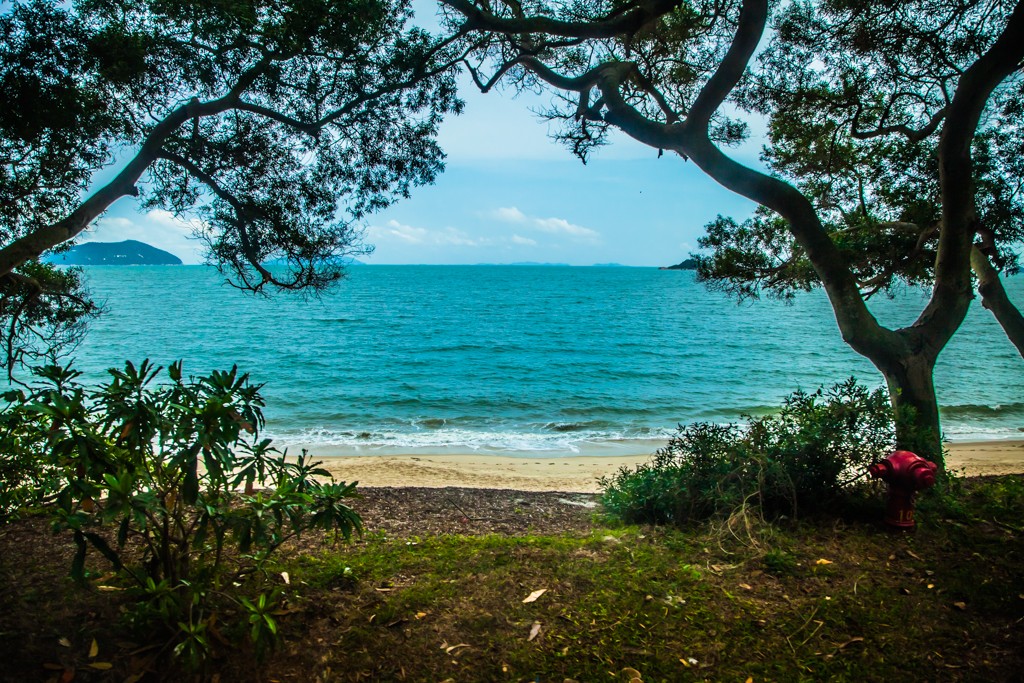 Later that day I randomly found the Man Mo Temple and a wonderful outdoor street market while I was searching for a gluten free restaurant. In the Man Mo temple, there are many little statues and shrines that actually looked Christmas-y, and there were two women at one of them wrapping little presents with red and green paper and bows. There was a lovely smell of incense in the air, as in most Buddhist temples. 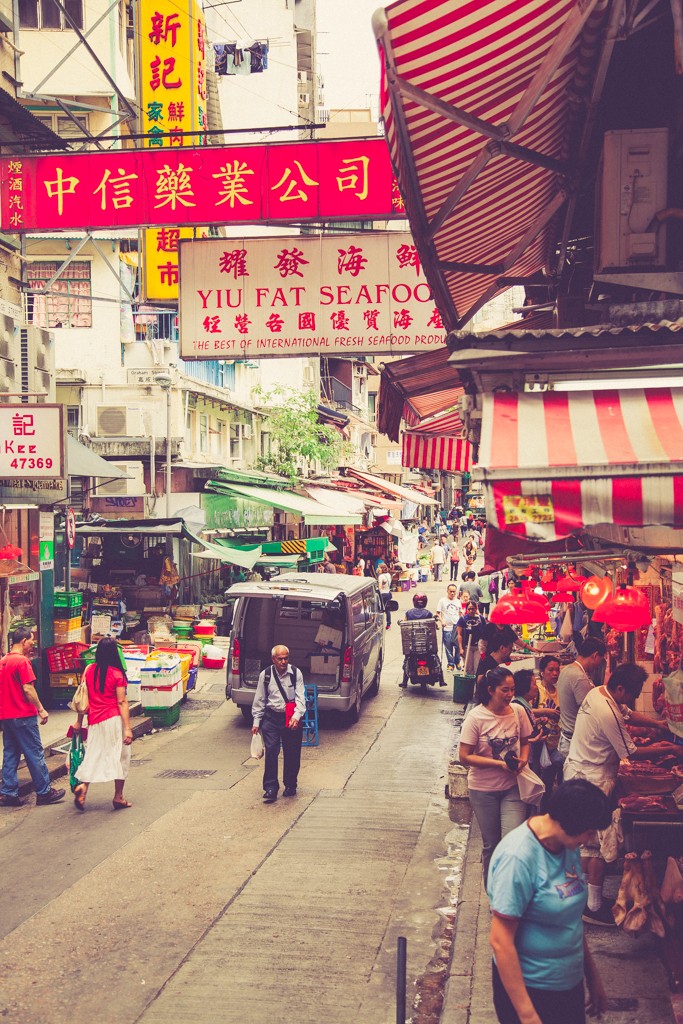 There is a lot to do in Hong Kong – great nightlife, sightseeing and food. What really stands out to me though (and maybe it’s just because I love architecture) are the buildings and the stunning skyline of the city.

I love the game Sim City, and the first skyscraper I would always put in my skyline when I could afford it was the Bank of China tower. I think it has a wonderfully fun geometric look to it. I’ve heard it upset many locals when it was built because it it was the first building in the Hong Kong skyline to not follow the design principles of Feng Shui. 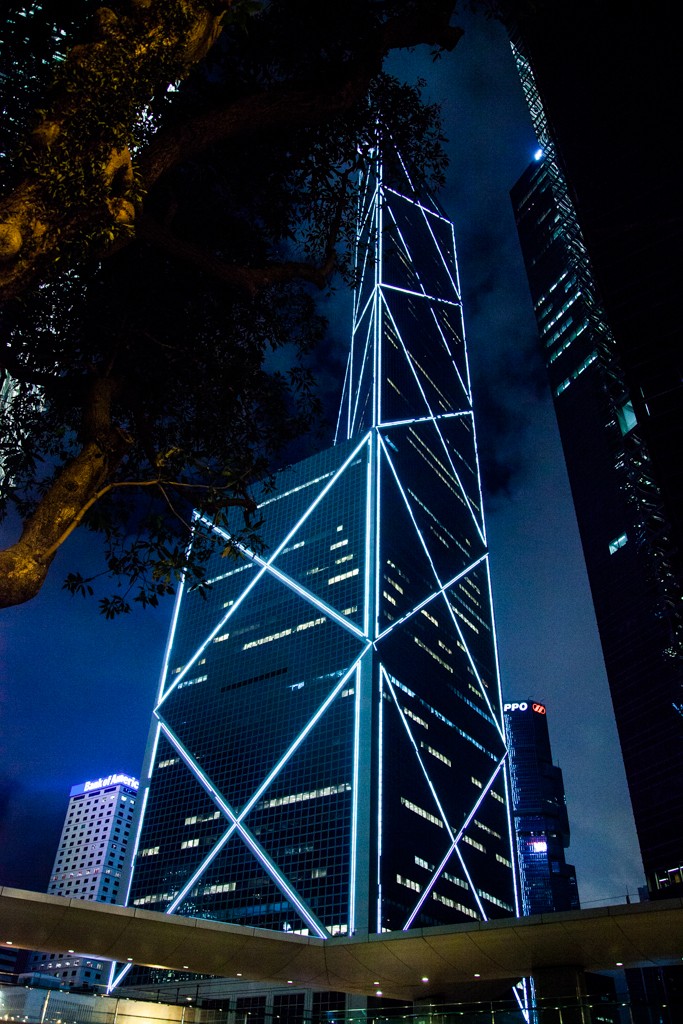 All together, the skyline of Hong Kong is probably the prettiest in the world, especially from the perfect vantage point of Victoria Peak, which is well worth the trek. 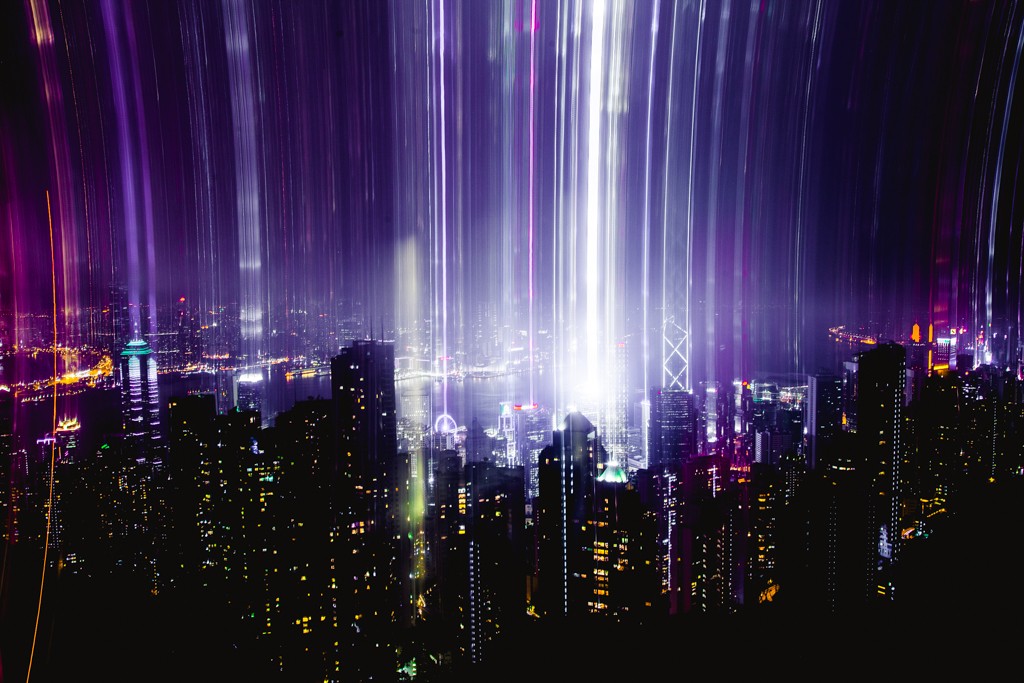 TIP: If you do the peak, be sure to find the free shopping mall observation deck once you get off the train at the top, and don’t pay for the overpriced visitor center one. Exit the building with the train and walk across the plaza to the shopping mall, and follow the escalators up. The view is almost identical to the one you have to pay for.

In Hong Kong I also visited a Zaha Hadid building. She’s my favorite architect — and the Jockey Club Innovation Tower is one of her coolest buildings. It was quite a trek using public transportation, and the entrance is hard to find because it’s on a college campus. There was construction going on in front of the building when I went, but I was still able to get a few shots. 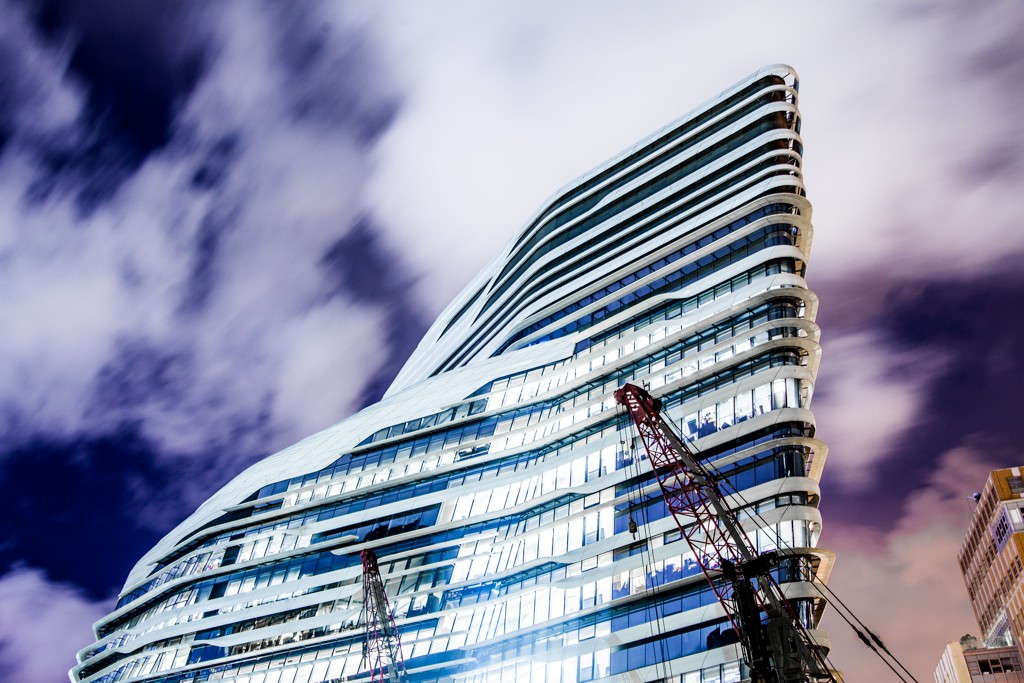 After that I took the ferry back to HK island, and took a few shots of the skyline from the water. 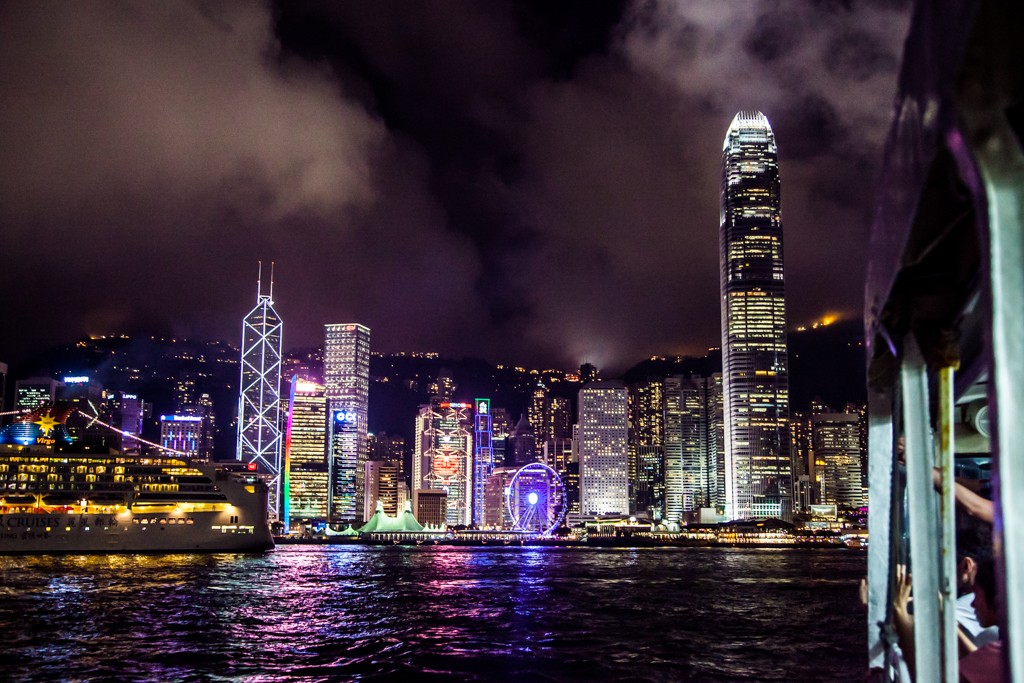 I saw a lot of Hong Kong… and I didn’t see any houses. Not a single one. I did, however, see more apartment high rises than I’ve ever seen in my life. Including the biggest ones I’ve ever seen… buildings that were at least as wide across as a football stadium and also 40+ stories tall. There are also high-end retailers almost everywhere you look and walk. Cartier, Rolex, Tiffany, Louis Vuitton, Gucci… I’ve never seen so many high-end shops. I suspect the ability for middle and upper class Hong Kong citizens to support the prevalence of these shops has a lot to do with the fact that they all live in apartments and probably don’t have cars, or a lot of children, due to the 1 child policy in China.

Hong Kong is a fascinating city. An incredible blend of east and west.