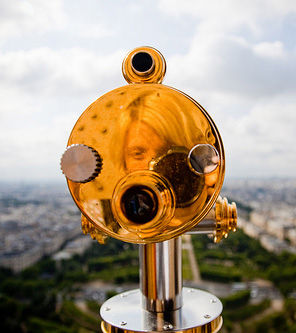 Self-portrait on the Eiffel Tower in Paris.

When I was very young, the only things I enjoyed reading were National Geographic and Ranger Rick magazines, Jacques Cousteau books, and almanacs. I’d dream of exploring the world and documenting my adventures. I’ve worked towards that goal tirelessly, becoming a freelance photographer/videographer to have the ability to travel and take work assignments that help fulfill my dreams.

Besides a few family trips to Ohio, I didn’t travel hardly anywhere growing up. In fact, I never even crossed the land border of my home state (Florida) until I moved to Tennessee at 19. At 21, I fulfilled a lifelong dream of touring Europe – it was that experience that woke up the explorer in me for good. It was a whirlwind six country tour from London to Rome spanning two weeks. When I returned home, I realized I had to find a way to travel more often, no matter the consequences. Traveling was too vital for me to put aside as a two-weeks-a-year or retirement activity. 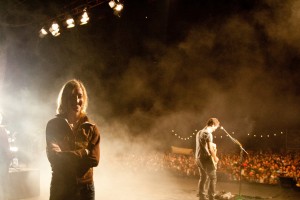 Just two months after my first trip overseas, I got the opportunity to go back to Europe. This time, it was on a mini European tour with a band I was working for. They played two festivals: one in the Netherlands, and one in Germany. Even though I was traveling for work, I was fortunate to have a lot of time to explore the villages we stayed in, and even had a few hours in Amsterdam.

My good traveling fortune continued later that year, when I went to Cabo San Lucas on a company retreat with the record label I worked for. 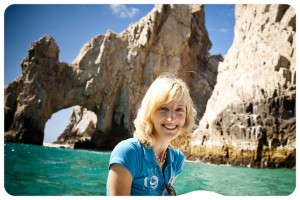 We took a boat out to the famous arch at “Land’s End”, and I surfed at a reef break called Zippers (my first time surfing in the Pacific Ocean) while my co-workers took bets on if they’d be taking me to the hospital afterwards. I survived and even caught a few great waves!

The following year (2010) I decided to quit my job, move to Los Angeles, and go freelance so that I could travel for longer spans of time. I traveled to Los Angeles for the first time in March 2010 to scout out where to live, and to purchase a car. I then drove my newly purchased Prius on our first cross-country road trip back to Nashville with my friend J, which was an extremely game-changing trip, because I never realized how much I loved road trips before this. We visited the Grand Canyon, skied in Colorado, and pulled up beside the St. Louis arch in the middle of the night after a 16 hour stretch of driving. 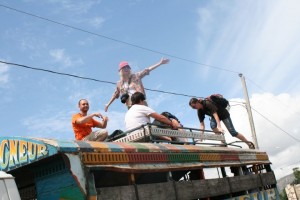 Just one month later, I traveled to Haiti on an aid/volunteer trip right after the devastating earthquake that destroyed the capital city of Port-au-Prince.

A few weeks later, I officially moved to Los Angeles and drove across the country yet again. Then my friend Liz moved out to LA a few months after me, but decided it wasn’t for her and asked me to drive with her on her move back to Nashville, marking my third cross-country trip in just a few months time.

As if my first trip to Los Angeles, three cross-country road trips, a trip to Haiti and a move across the country wasn’t enough – I went on a whirlwind adventure to the US Virgin Islands, Puerto Rico, Costa Rica, Washington D.C., Buffalo and Seattle in the month of September thanks to jetBlue’s insane “All You Can Jet” promotion (which was an unlimited airfare pass for one month for only $499). I did all of that travel for under $1,000 – including the airfare, lodging, and food.

At the end of 2010 I had planned to “move” to London with my friend Lauren-Michelle, an American friend who was living in Ireland at the time and needed a roommate for a month in London. On December 28th, 2010 I flew to London to live there for a month to see if I could live there permanently and get a job. I didn’t get a job, or a visa, so I had to go back to America when the month was up. I made some incredible lifelong friends during that time though. 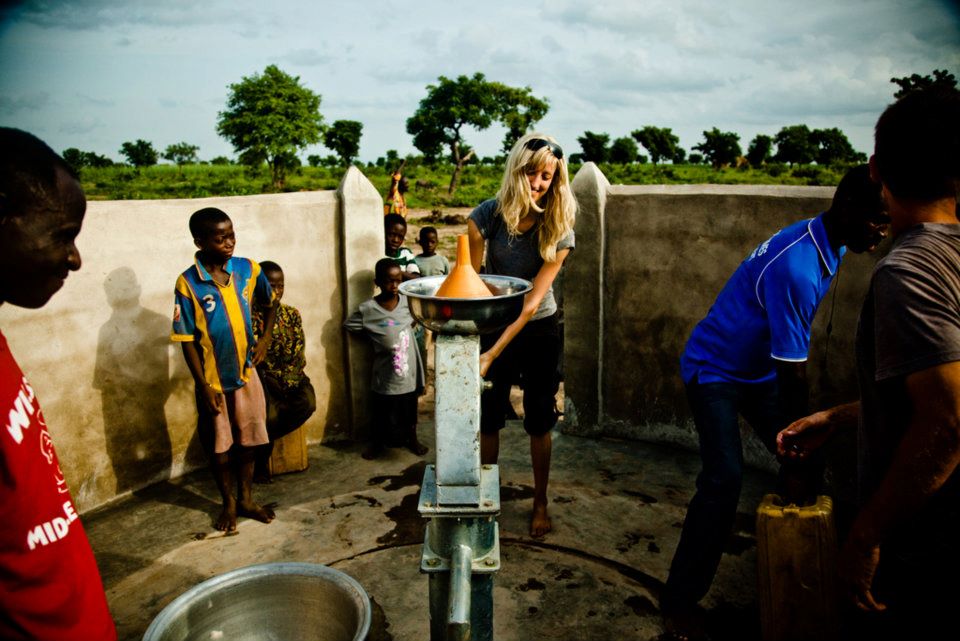 Pumping water at the well we had just drilled in the village of Gbentchal, Togo.

In February 2011, after returning from London, I began talking to the same crew I want to Haiti with the year before about going to sub-saharan Africa (Northern Togo, to be exact). Vacations are great and all, but there’s really nothing like a volunteer trip to a third-world country. All the other travel I had done before couldn’t prepare me for what this trip ended up being. In August, 2011 I traveled from Nashville to Accra, Ghana then on to Lome, Togo only to travel 14 more hours over 2 days to get to one of the most remote villages in the world on the edge of the Sahara desert in the northern most region of Togo on the border of Burkina Faso. Once there, I witnessed the opening of the first well in a nearly forgotten tribal village.

The following year, I got to return and see a school being built, and the progress the village had made in a year; not to mention experiencing insane thunderstorms in a tent, seeing black mambas, our van getting stuck in a river, meeting shamans, tribal chiefs and kids who had never seen a white person before.

That’s how the journey began, and it’s going to continue throughout my life to some of the most amazing places on earth. If you want to see where I am now or read up about more of my adventures, you’ll have to read the rest of the blog and please stay tuned for more adventuring to come 🙂