I didn’t want to tell this story, ever. Lots of people have told me I should, since it might help save someone from the same fate… so here goes. A year ago, on a train from Paris to Lausanne, my backpack was stolen. It had my Canon 5D Mark II, 2 lenses, 6 hard drives (with all my photos from the trip and years worth of work files on them), my brand new GoPro, my Passport, my iPad, my headphones, my chargers and converters, my trip journal, my souvenirs, and more in it.

That camera had been around the world with me. It had taken almost every photo I’m proud of. I will never know the extent of all the files I lost on those hard drives. It was a lot. The good thing was, it could have been even worse. Before I put my backpack in the overhead luggage rack, I almost didn’t take my laptop out, because I was tired and knew I would probably sleep on the train anyway… but something told me to take it out just in case, so I wouldn’t have to get up during the trip to get it (laziness for the win). Also, I had my purse (with my wallet and phone) on me and not in my backpack. So my laptop, wallet and phone were not stolen. Plus, my bag with all my clothes wasn’t stolen either.

Here are the lessons I learned from this experience, that will hopefully help other travelers:

1. Never, ever, ever let your guard down on your bags whilst in transit.

This may seem obvious, but it’s so easy to forget on long trips. I could see my bag from where I was sitting. The reason I didn’t notice the thief steal it is because I wasn’t paying attention. Most people don’t keep an eagle eye on their bags. In fact, many even put their bags in the luggage racks at the end of trains, where you can’t even see them. As uncomfortable and inconvenient as it may be, always be watching your bag if it’s not right at your feet or you are not in direct physical contact with it. Thieves are everywhere travelers are, and they are waiting for you to be distracted or not on your guard for just a few seconds. That’s all they need. I have a friend whose bag was stolen by a man pretending to be a valet/bag boy at a hotel once. You can’t be too careful, but it’s easy to be too trusting. If you don’t want to be as vigilant or you want to sleep, keep your bags next to you on trains or buses (even if it annoys other passengers) or tie a rope or a bag lock around them and attach it to you.

2. If your bag is stolen, report it right away AND get confirmation you did.

If you have travel insurance (or even if you don’t) it’s important to notify the “common carrier” involved (bus, train, taxi, tour company, hotel, etc) and/or the police ASAP. This can be very difficult when the police don’t speak English. Also, in some foreign countries, the police station hours are extremely limited, and they are only open select days for a few hours (this is common in Switzerland, where I had to file a report) and if you need a translator, you need to book an appointment that can be days later. After I sent my police report to my insurance company, Allianz, SIX MONTHS LATER they determined that “I did not report the theft within 24 hours” so they would not honor my claim. Find SOME way, ANY way, to get in writing that you reported the theft within 24 hours. If you are on a tour, the tour company can provide this. If it was on a train, report it to the train company and get them to produce some kind of physical report or letter confirming you did. If the police don’t speak English, try to find someone who can translate for you and offer to pay them. This will make your life a lot easier later on, and will insure that if they do find your stolen bag, there is a better chance of getting your stuff back to you. 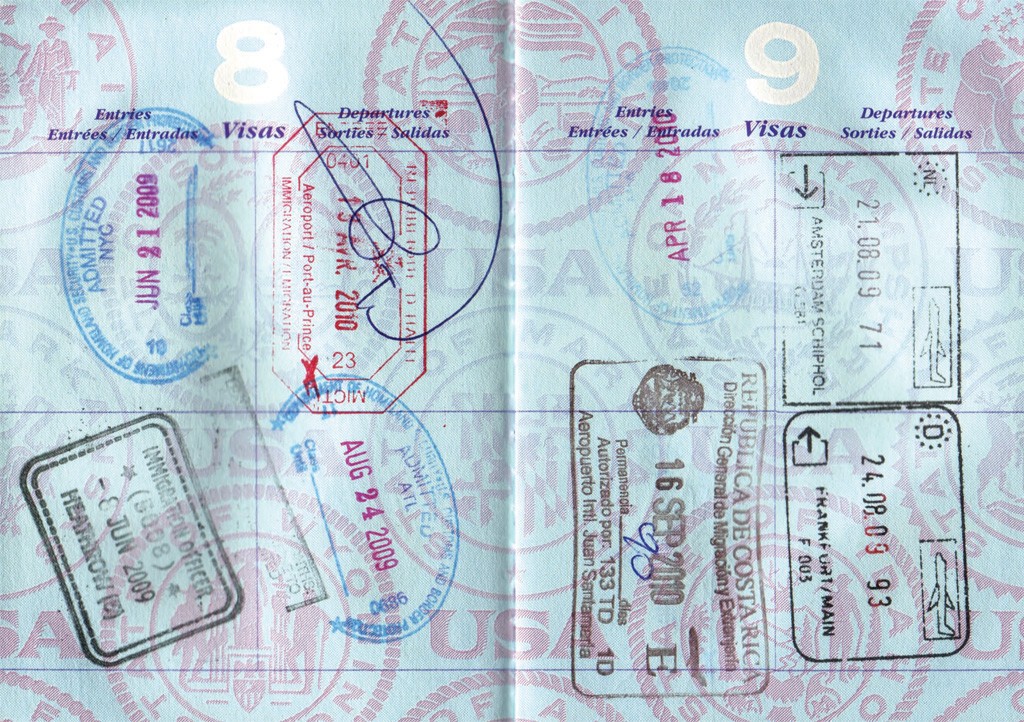 This is one of the pages from my stolen passport.

3. If your passport is stolen, it’s not the end of the world. Really.

After telling a few people about what happened to me, I was shocked at how many thought the biggest headache was my passport being stolen. Not all the gear, or the years of work, but that tiny little booklet. I learned that the process for getting a replacement passport abroad is not nearly as scary as people think, if you do one crucial thing, which thankfully I had done: Take photos/scans of your passport. Even photos on your iPhone will work (which is what I had). Or you can entrust the photos/scanned version to a friend back home to email you if you need them.

If you lose your passport:

US embassies will usually let you in for a walk-in appointment if you go early enough in the day and claim it is urgent. A few hours later, you should be able to walk out with a replacement passport. 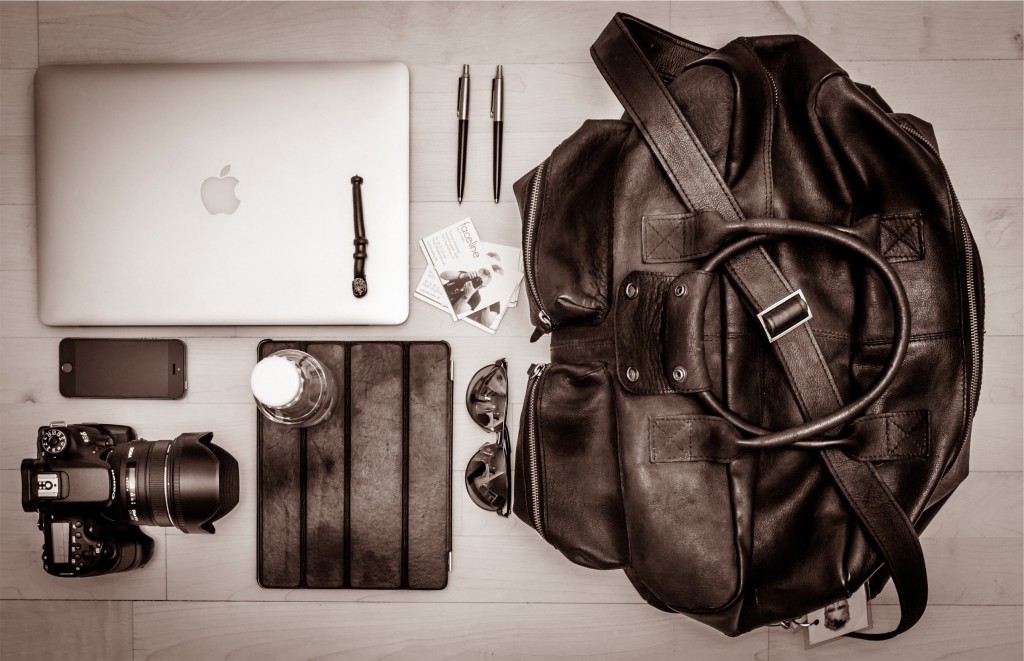 My backpack was nice looking black “camera bag”. It looked shiny and new and full of expensive stuff. By contrast, the suitcase my clothes were in (which wasn’t stolen) looked like a bag that clothes were in. Had the contents been swapped, the thief would have only gotten away with some very cheap clothes and toiletries. If you want to really increase your odds of not being a target, don’t look like one. Have a bag that’s beat up and green or red or canvas, and put pins and scarves and stickers and stuff all over it. Now I have a bag that people don’t suspect. I pull my camera out and they see the nice separators and padding inside and they say “wow, that’s a camera bag?” That’s the kind of bag you want.

Unless you want the worst customer service experience ever and a guarantee that they will find some excuse not to honor your claim. I’ve heard World Nomads is good and I’m using PPA for my photo gear now, and I’m really happy with them so far.

6. Shop around for replacement stuff where you’re at.

I assumed that it would be cheaper to order a replacement camera in America and have it shipped to me in Switzerland. Then I found my same camera, much cheaper, in a used camera store in Lausanne. It may have even been my own stolen camera (hah). Don’t assume your stolen stuff is too expensive to replace abroad. Shop around. I also bought all the Apple chargers and converters I needed from an electronics store in Lausanne for the same amount I would have paid in the states.

7. If you travel a lot, budget for your stuff getting stolen/lost, and don’t get discouraged if it happens to you.

It’s easy to get super depressed and discouraged “when it happens to you” but this mindset will only hurt you and hinder you from bouncing back as quickly as possible. Theft has happened to billions of people. This is the third theft I’ve dealt with in my life. It’s one of those things you just have to account for, like parking tickets when you live in Los Angeles, you have to actually budget for these things sometimes. When you don’t, it’s heartbreaking and can disrupt your entire career and your life, but don’t let it; take immediate action to recover. Tell your friends and family. Seek help and assistance. People can be very compassionate when you’re a victim to a crime. Even strangers. Set up a charity campaign or a PayPal donation fund if you need to. Don’t let the thief steal your joy, confidence and happiness in addition to your stuff.

8. Don’t keep your backed up files anywhere near your original files.

Thankfully, I’m really good about keeping backups. Out of the 6 hard drives that were in my stolen bag, only 2 of them had contents that were not backed up to anywhere else, and that’s because one of them was a backup drive for the other drive. Don’t keep your original files anywhere near your backed up files. If they are both in the same bag, and that bag get’s stolen, the backup wasn’t of much use, was it? When traveling the best practice is to keep your drives in 2 separate bags. If you want to be super protected, mail a drive home every few days/weeks. I now use the backup service Backblaze too, to put all my files on the cloud as well. Again, you can’t ever be too careful. You’ll be so happy you were if anything ever happens.

9. Write your name and email address on everything you own, and take down the serial #s for expensive electronics

I never wrote my name or email on any of my electronics, because I like the idea of being able to resell them used when I upgrade. Thing is, this might be the best thing you can possibly do to get your stuff back if it’s stolen. A thief is not going to want to sell a camera if it’s got a name on it. Laser etching can be a cool option. However you choose to do it, put your name on everything. Sew your name into your bag. Put an “if this bag is lost/stolen” letter in there for good measure.

10. If an electronic device with some kind of theft protection is stolen, don’t count on it working. Buy additional theft recovery software if you actually want a real chance at getting your stuff back.

My iPad was among the items stolen, and I had “find my iPad” enabled via iCloud. I turned on all the theft recovery options such as locking, sending a message with a loud sound when the device connected to the internet, etc.

Thing is, those things don’t bring back your iPad and actually increase your odds of never seeing it again. This is a great article for advice on this topic: http://tomahaiku.com/what-not-to-do-if-your-iphone-or-ipad-lost-or-stolen/

If you want real theft recovery options, use a service like Gadget Trak – for less than $20 this is a major bargain.

In conclusion, please don’t ever feel like this won’t happen to you. I don’t know a single avid traveler who hasn’t had something stolen or lost while traveling, and this advice can also help a lot even for a lost bag, device or passport! So please share it with your loved ones who travel. I offer this advice solely out of revenge against thieves—hoping to make their lives harder—I have nothing to gain monetarily from this post or this website. Sharing is caring!